Android is a mobile phone operating system developed by the search provider Google. Used on a wide variety of smartphones, Android is currently the best selling mobile operating system globally. Android is an open-source OS, letting anyone develops their own software (such as applications or games) to be run on Android platforms. The Android OS is also used in tablet computers, with the latest version being Android 3.0. While the Android OS has been in use since 2008, regular updates and support for Google keep Android the leading-edge system today.

Mobile phones running the Android operating system all have a similar set of features provided by the OS. The Android OS is run on smartphones, phones that can run a variety of Java-based applications that give the phone added functionality. In addition to basic phone and text/media messaging service, Android phones have various web-based services and applications. Android phones are connected with the owner’s Google account, allowing access to Email and Google Calendar, and various other applications. In addition to wireless internet and Bluetooth connectivity, Android phones allow for wireless tethering – using the phone as a modem to connect a laptop computer to the internet. All android phones allow for streaming video, with the latest models able to connect to the 4G network and video conferencing using Google Talk. The most well-known aspect of the Android platform is access to the Android Market. Like the Apple App Store, the Android Market allows users to download applications and games for their phones, many of which are free.

The first Android phone to be released was the G1, developed by HTC and released in 2008. Running Android 1.0, this phone had many of the features currently found in Android phones, including synchronization with the user’s Google account and the Android Market for downloading phone apps. Since then, there have been many updates to the Android operating system – major updates are given the name of a dessert. The newest version of Android for mobile phones is Android 2.3.4, Gingerbread. Designed for use on 4G phones with increased performance and speed, Gingerbread provides better video playback and support for front-facing cameras for video conferencing.

The Android operating system allows phones to be produced by many manufacturers. With the current generation of 4G phones, the leading producers are Motorola and Samsung. Motorola is the creator of the Droid line of phones – a series that was made popular by their availability with Verizon service in the United States. The Droid X2, the latest model in the Droid series, includes a multi-touch interface, 8 GB of memory, an 8 GB micro SD card for storage, and an 8-megapixel camera with a built in video recorder. Samsung is the other major producer of Android phones and has collaborated with Google on the Nexus S. The Nexus was the first phone to use the new Gingerbread operating system and included a powerful processor and 512 MB of RAM. The Nexus S has 16 GB of internal storage and can access the 4G network using a Sprint service plan. Other companies such as HTC produce Android phones and give the consumer a wide variety of choices when trying to choose the best Android phone for their needs. 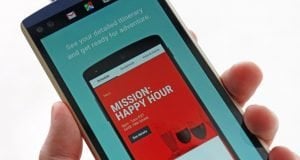 A way to permanently erase facts from an Android device