Google gadgets are small modules of functionality (e.g., a clock, a game, etc.) that can be added to Blogger blogs, Google’s personalized Google pages, and other places on the web. You can even add them to your own website. Most users of Blogger are familiar with at least three of these objects. The default list of Blogger templates automatically comes with Followers, Blog Archive, and About Me gadgets installed. The Followers gadget allows people to connect themselves to blogs by signing on as followers. The Blog Archive gadget displays old blog posts. The About Me gadget displays a blogger’s profile. 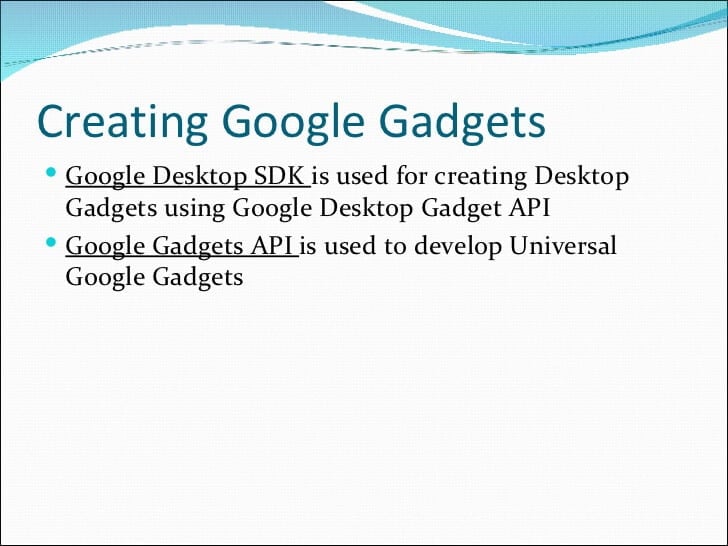 There are hundreds of thousands of gadgets that have been developed and made publicly available. Google has a directory of gadgets that can be added to your Blogger site or a website hosted outside Blogger. Google promotes the development of new gadgets. They have even developed an extensive programming interface to allow independent web developers to tap into their system.

What is a Google Gadget?

Google gadgets are made up ultimately of an XML file, which gives instructions to Google regarding the configuration of your gadget. To submit a gadget to Google, you enter the URL of the location where your gadget XML file exists and click submit. Google finds your gadget, verifies that it works correctly, and then adds your gadget to its database to be presented to millions of gadget users across the Internet.

Gadgets can be as simple as a line of text, as in the following “Hello, world” example:

On the other hand, gadgets can be complicated pieces of JavaScript code that run Flash applications and interact with databases. The complexity of your gadget determines, to some extent, its usefulness. Depending upon your intentions for developing a gadget, you may need to improve your JavaScript, Flash, and other programming skills. If you create an appealing gadget and submit it to be included in Google’s directory, it could mean a lot of traffic for your website. 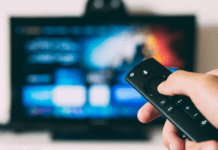 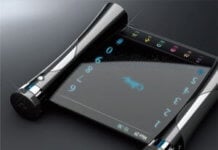 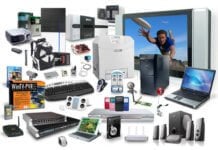