Understanding the fundamentals of ST is clearly crucial to achieving proficiency according to the ISEB professional standards. But what, precisely, are these “fundamentals,” and what do you need to know to pass the ISEB Foundation examination?

Summary show
Why is it necessary?
What is it?
The ISEB Software Testing Foundation exam requires students to:
o Know the basic objectives of testing;
1. Test planning and control
2. Test analysis and design
3. Test implementation and execution
4. Evaluating exit criteria and reporting
5. Test closure activities
Summary

Why is it necessary?

According to Peter Morgan (freelance testing practitioner and member of the ISEB Accreditation and Examination panel), an unnecessarily high proportion of IT systems fail to fulfill expectations – or fail to work at all – because of insufficient ST before release. 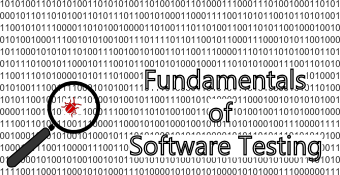 Software testing cannot guarantee against software problems or even failure, but it can minimize the risk of faults developing once the software is in use. To understand why ST is necessary, it is important to consider the causes and impact of IT systems failure and the crucial role that testing plays in Quality Assurance.

ST is a method of identifying faults in the product before it is released; this includes defects in the software code and its execution and any potential gap between what the code is supposed to do and what it actually does.

o, Understand how these objectives apply in the context of creating, using, and supporting software (including the difference between testing and ‘debugging,’ and the different uses of static testing and dynamic testing).

Software testing is not simply a case of reviewing documentation or running a software program to check for bugs. To ensure that the appropriate tests are operated effectively and return value on the invested resources, software testers must carry out five basic activities, which the ISEB Software Testing guidance links to form a software testing process:

b. Test control is an iterative activity that compares the progress against the plan and adjusts it as required.

a. Test analysis considers the specific conditions to be tested and how these test conditions are to be combined into test cases.

b. Test design describes the test’s expected outcome so that testers can easily recognize when a fault has occurred.

The test “exit criteria” (established during “Test planning and control”) indicate that testing is complete.

Selecting the appropriate individual(s) to perform the tests, and communicating the tests’ results to the developers, requires a basic understanding of the psychology of testers and developers.

The ISEB guidance provides a hierarchy of ‘independence.’ That is, a list of individuals who could potentially test the software, gradated according to their perceived level of detachment from the development process:

There are varying advantages and disadvantages to individuals at different levels in the hierarchy performing the software tests. For example, the developer might be able to resolve a difficulty more quickly but might also be less likely to spot the difficulties in the first place.

In addition to the independence/detachment of the testers from the software development process, it is important to consider how testers can communicate the test results to the developers. The ISEB Software Testing Foundation exam requires students to explain strategies for providing courteous feedback on defects, for example:

Understanding the fundamentals is crucial to passing the ISEB Software Testing Foundation examination. During an accredited ISEB Foundation course, approximately two and a half hours should be devoted to studying what testing is, why it is necessary, and the fundamentals principles and processes behind a successful test performance.

Tips to Start Editing Videos As a Beginner