Coming to the mobile ecosystem, the two leading platforms have always been competing against each other in terms of apps downloads and revenues. Since the last few quarters, the app store downloads and revenue statistics showed a somewhat similar pattern. Google Play was ahead of iOS in terms of downloads, while the latter managed a considerable but shrinking lead over Google Play in the revenue segment. However, Q1 of 2015 witnessed iOS acquiring a significant lead over Google Play for revenue and Google Play staying on top in the download section Univers Inform.

According to the latest reports from App Annie, the worldwide downloads in Q1 2015 for Google Play were almost 70% higher than iOS App Store, which was again a rise from the 60% in Q3 2014. The emerging markets in the developing countries – Mexico, Turkey, Brazil, and Indonesia, played a crucial role in Google Play’s growth. The Android ecosystem was highly benefited with the first time smartphone buyer numbers in these markets attaining a huge growth. 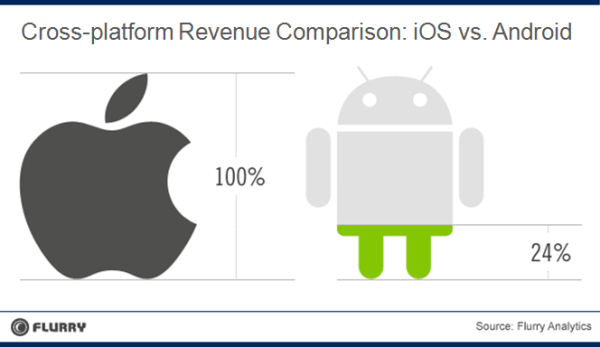 On the contrary, Apple’s app store secured sizeable worldwide revenue in this year’s first quarter. Q1 of 2015 shows iOS App Store revenues being about 70% higher on Google Play, and this was also an increase from about 60% in Q3 2014. Given the massive boom in two core markets – U. S and China, Apple’s revenue have successfully earned impressive figures.

On the other hand, the iOS App Store’s worldwide revenue in Q1 2015 was about 70% higher than on Google Play, up from about 60% in Q3 2014. The revenue performance of iOS has been clearly backed by two of Apple’s core markets ­ China and the United States. In fact, iOS’ success is being measured as an outcome of the securing of more established markets. Here, it is worth mentioning that App Store’s worldwide revenue in Q2 2015 has been reportedly 70% higher than Google Play.

Going deeper into the analytic of mobile apps’ economy, certain factors distinguish both the stores and their performances from each other.

It is probably because Apple device owners are from a higher income group and are always willing to invest more money on the apps than the normal Android user. Apple has been successfully generating handsome revenues for the IOS Development Companies compared to their Android counterparts. The record-breaking sales of the latest iPhone 6 and 6 Plus in the U. S and the influential sales figures in China and the ‘big five’ (Germany, UK, France, Italy, and Spain) markets is a true reflection of iOS’ powerful market-share.

Android, too, has its own set of expensive handsets, like the Samsung Galaxy S6 Edge. However, the truth is that the majority of Android users spend on smartphones costing between $100 and $300. Again most Android users worldwide lack a credit/debit card, and that carrier billing is often unavailable.

It is also important to note that the lack of direct sales revenue has increased ad-supported apps on the Android platform. Market insights reveal, the idea that Android cannot pull in more money via direct sales and/or in-app purchases may urge many smartphone app developers to opt for advertisement-supported apps without even trying for alternatives for their Android apps. This is where iOS clearly gets an advantage, driving more revenue via the direct purchase mode and other subsequent in-app purchases from its affluent user group. 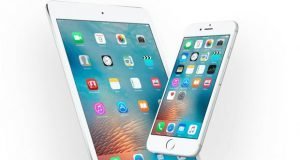