ASUS has brought out a new line of laptops, the Republic of Gamers line. This includes laptops that are preconfigured to take on even the most graphically challenging games for system performance. You won’t find a single ASUS ROG laptop without some top of the line hardware solution installed.

Common specifications found in the ASUS Republic Of Gamers laptops.

The first thing you’ll notice in all of the ROG lines of laptops is the powerful processor. Normal use laptops have regular processors installed since portable computers don’t need modern games’ massive performance. This is not the case for ASUS gaming laptops. 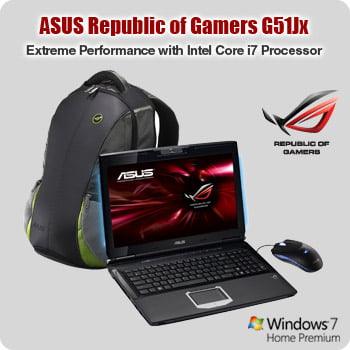 The company has gone on a processor hunt and handpicked only a few candidates to handle these demanding tasks. It’s safe to say that most of these laptops carry only quad-core processors and only of the most current models that have come out in the market.

Another thing a gaming laptop cannot do without is the RAM amount. Too little RAM and your laptop won’t even run certain games. ASUS ROG laptops have at least 4GB of RAM installed, with some models going up to 12GB.

Now think of it this way. Most modern games specify that you need at least 2-3GB of RAM to play the game at a more than decent quality and frame rate setting. So with such a high amount, you can pretty much forget low-fps and other in-game glitches since these machines come equipped to handle even greater tasks than these games.

Another great thing about having so much RAM is the ability to multitask. So while you’re in-game, you might want to have some music in the background and also an online chatting window open so you can chat with your friends during breaks. This can be done with such a laptop since it has the ability to handle multiple tasks at the same time.

You won’t find a graphics card with less than 1GB of available memory in these laptops. Some extreme models even have 3GB of GDDR5 memory available to match any gaming-grade desktop with much ease.

The hard drives are the last thing you’ll notice on the list. These will never go under 500GB, so you know you’ll be able to store plenty of games and media without running out of space any time soon. Also, the hard drive speeds are at 7200rpm, again making these laptops a great gaming desktop replacement anyway you look at it.

On a side note, ASUS has figured out that to play games on laptops; one needs a big bright screen capable of high resolutions. This is true, and their gaming laptops have a 15.4-inch screen minimum of 15.4 with the resolution going up to 1920 x 1080. What’s even greater is that all these laptop screens are LED-backlit, so the image on these laptops is even brighter and the colors more vivid.

All in all, ASUS gaming laptops have approached near perfection in every aspect of gaming system requirements.

AMD examines if your Computer gaming rig can be electricity green