December is already here, and the NBA season is in full swing. It feels like we just started, but we are over 20 games into the 82-game regular season. The season has already been full of surprise NBA picks, and there will be plenty more where that came from.

When the calendar flips to a new month, some awards get announced. November ended, and the players and rookies of the month were announced. Each conference will have one player and Rookie who wins the prize. Can you guess the recipients of the award? 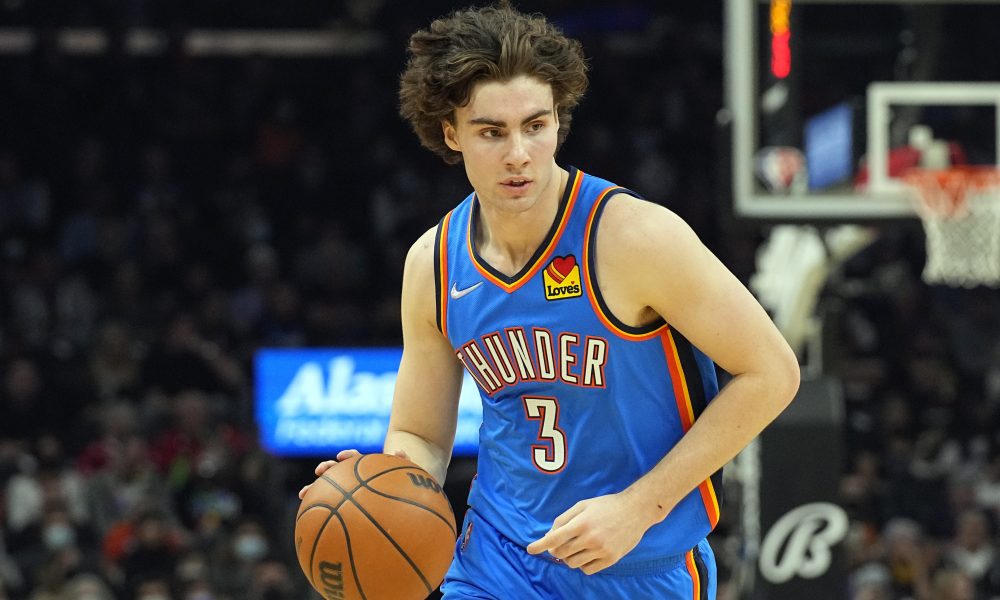 Summary show
Rookies Playing Like Veterans
Best of the Best

As the 2022-23 NBA season began in the middle of October, this is the first Rookie of the Month award. The award recognizes play from both October and November. Surely, the winners will be top-five picks, right? That was not the case in the first presentation of the award.

Representing the Western Conference is Jalen Williams of the Oklahoma City Thunder. Williams was the No. 12 pick in the 2022 NBA Draft and seemed like a reach by some. He has proven the naysayers wrong. Through 18 games, the 6-foot-6 Santa Clara grad has made seven starts, averaging 10.7 points, 3.2 rebounds, and 2.6 rebounds while shooting 52.4% from the field.

Williams has been one of the biggest steals thus far in the young season. Through a small sample size, he is fifth in scoring among rookies. No NBA predictions expected this production from Williams. After averaging only 12.7 points per game at the college level, experts and casuals alike were surprised Williams was taken in the lottery. This award proves why.

Best of the Best

The young guys got their attention, but now it is time to highlight the best players in the NBA this season. This award could have gone to several guys, but instead, it goes to these deserving players.

Heading out West, Devin Booker is the first player of the month of the NBA season. If this was ever in doubt, he ended the month with a 51-point bomb against the Chicago Bulls on the last day of November. Booker is having an MVP-like season as he has led the Phoenix Suns to a 15-6 record.

Booker is known for scoring prowess but has been good on many levels this season. The 26-year-old is averaging an even 29.0 points, 5.3 rebounds, and 5.8 assists. The sharpshooter won the award over Stephen Curry, Luka Doncic, Anthony Davis, and De’Aaron Fox. Booker has scored 95 points in his last two games and looks to keep up the momentum.

Looking at the opposite side of the map, we move to Boston. Jayson Tatum won the Eastern Conference player of the month after leading the Boston Celtics to a league-best 18-4 record. Like Booker, he ended November on a very high note with a 49-point performance against the Miami Heat. This is the second-time Tatum has won the award and the third Celtic to win the prize multiple times.

Tatum is putting up an incredible 31.6 points, 7.8 rebounds, and 4.5 assists. Tatum is averaging the second-most points in the NBA (behind Doncic) and the most in the East. At 24 years old,, he won the award with relative ease. Virtually, his only competition was Giannis Antetokounmpo. NBA expert picks have Tatum as a frontrunner to win the MVP.

It is great to see the young talent in the league stepping up. The separation between the rookies and the current players of the month is just a couple of years. Youth wins these days, and the league is filled with young stars.

The Value of Sports