The automobile industry has a special impact on modern-day man’s daily life, which requires fast mobility with reliability. The rapid growth in the automobile industry has had its ebbs and flows. Currently, it is undergoing a recession globally. The auto industry is evolving new strategies and signing up new contracts and joint ventures to stabilize itself and avoid further slump.

There is a particular need for rationalization of taxation and customs policies to support enterprises producing automobile components. 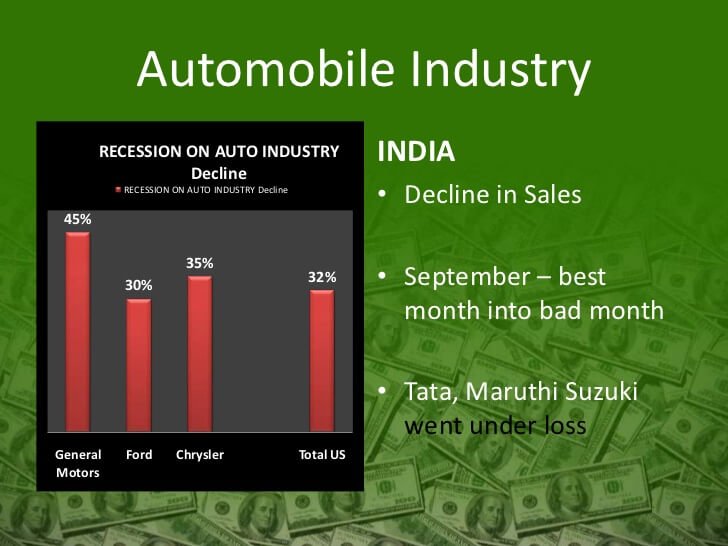 In 1997, most automobile construction enterprises had passed through the lowest critical point. They began to increase production volume, restructuring themselves while considering consumer requirements, their solvency, and the overall economic situation. Thus, in the first six months of 1997, there was a substantial increase in production volume compared to the corresponding period in 1996.

The auto industry’s global leaders are United States, Japan, China, Germany, and South Korea. The United States of America is the world’s largest producer and consumer of motor vehicles and automobiles, accounting for almost 6.6 million direct and indirect jobs. The automobile industry is one of the world’s significant ones that employ 25 million people worldwide. This industry is largely dominated by the five giant automobile manufacturing corporations, namely Toyota, General Motors, Ford Motor Company, Volkswagen AG, and Daimler Chrysler. These corporations have their presence in almost every country of the world. They continue to invest in production facilities in emerging markets, namely Latin America, Middle East, Eastern Europe, China, Malaysia, and other Southeast Asia markets. To overcome certain production costs, many mainstream auto corporations have established their units worldwide.

Engine parts form one of the largest segments of the automotive components industry. The latest trend in this sector is outsourcing a part of the engine to different vendors who provide good comparative technological expertise. Recently auto industry is going through its worst periods. The global giants are facing the toughest economical crisis. This is also resulting in heavy losses to the workforce in the form of lost jobs. There are varied factors behind this decline of the automobile industry that have badly affected it. Nonetheless, it is hoped that this industry, which is an integral part of modern-day life and has stood the test of time in previous recessions, has the tenacity and the resilience of bouncing back once again.

Facts Driven: Growing a Digital Strategy for a Car Emblem

Automobile Companies – The Significance of the Latest Automobile Technology in...