The PC versus Mac debate is raging in my house. We have both available for use, so hopefully, the opinions presented by those around me are at least somewhat based on actual experiences. So why are their opinions so polarized?

I have an aging iMac desktop machine at home that works just fine for all the things that I need to do, including the usual email and web browsing and video editing, and photo management. At work, I use an Intel-based PC that is just amazing for all the applications that I need to run there, usually 5 to 7 at any one time. I couldn’t ask for a more capable machine. It has lots of RAM and a nice big 21-inch LCD screen. I love it. 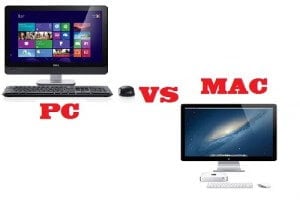 On the other hand, my teenage son wouldn’t touch a PC unless a gun was pointed to his head. He and his friends seem to think that the PC or anything Microsoft is to avoid like the plague. Although they seem to go mute when I point out that the X box they are playing is a Microsoft product. Selective preferences seem to be okay for them when it suits their entertainment needs.

For me having capable computing power when and where I need it is much more important than the relative cool appeal of whatever type of machine I have available. I couldn’t give rats behind whether or not the machine has any sex appeal as long as I can get it to do what I want to ask of it. If I could make an old Commodore 64 do what I needed, then that would be okay with me. I suppose I don’t look at my computer as any status symbol.

I look at computers as appliances, just a means to an end. I don’t expect my toaster to add anything to my social status beyond making toast when I put the bread in. And it’s no different when it comes to computers. They are there to do our bidding. Nothing more. If a Mac is better at running graphics software, then that is the platform to use. And if a PC is better suited when it comes to business applications, then that is great too. It’s just an appliance! If it does what you are asking, then what more do you need? My car is an aging Toyota Camry (also an embarrassment to my son) that will easily exceed all posted speed limits, so why would I need something faster? To me, the car is just a necessary transportation appliance. Nothing more.

Why then do so many have such strong opinions on the PC vs. Mac systems? Is it just marketing? Or maybe the wanting to belong to a community of like-minded individuals. I don’t think you can ever underestimate the power of the herd mentality. If all your friends think that the Mac (or PC) is the only way to go, it becomes tough to buck the flow and go your own way. You run the risk of having to justify your choice to your peers with the possibility of great ridicule. As if it really matters in the end what type of processor does the work for you.

However, I have noticed as a distinguishing point is the relative lifespan of the two platforms. As I mentioned, I have an aging Mac at home that still works as well as the day I brought it home. My PC friends, on the other hand, seem to be in constant need of an upgrade. Over time their PC’s get slower and slower. This is despite all their efforts using firewalls and virus scanners. Things that are unnecessary with a Mac, of course. At least for now, while the Mac has only about a 5% market share, that leaves little incentive to write those viruses for so few. Does that really make the PC an inferior platform for our needs?

Not at all. The PC is still the choice of most of the world’s users of the desktop computer. The huge array of software available for the PC is just one of the many reasons it is king. There are a huge number of companies providing both hardware and software that use the Windows operating system. Resulting in a highly competitive marketplace that has, because of this competition, kept the prices at astonishingly low prices. You can now buy a good laptop complete with Windows and other companion software for under $500.00! And desktop computers can be had even cheaper. Just try to get a Mac for anything less than double that.

The cool appeal certainly is a huge factor. Macs have that in spades. Even with the higher price of entry, they have a rabid fan base. Mac users are so dedicated to their machines, almost to the point of obsession. They believe this strongly for reasons that could only be rooted in loyalty to Apple’s vision of a unique alternative to the Microsoft near-monopoly. There will always be a segment of the population that feels the need to rebel against a successful corporation. I know people that refuse to drink a Starbucks coffee, and not that they will likely admit it, but I suspect it is just the fact they perceive the company to be just too corporate. Too successful. Microsoft is all of that. A large, very successful corporation, therefore they must be hated.

It’s all good, of course. It makes for a healthier marketplace to have some competition for the large dominant corporations. There is always room for more choices available to the consumer. 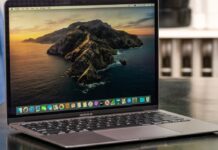 MacBook A1466 Screen Repair – Tips for Repairing Your Screen