THE LOCAL PROPERTY TAX in New Jersey is, in fact, a LOCAL TAX.

This means that the tax is assessed and collected at the local municipal level for the support of: 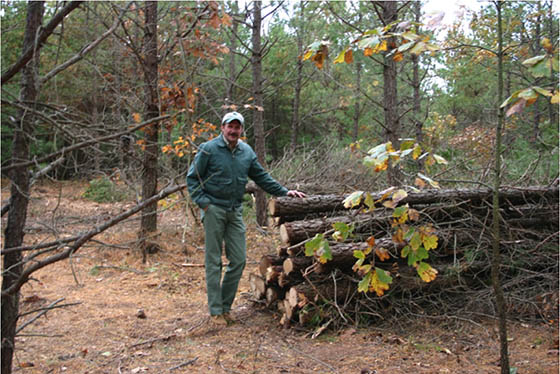 In FY 2005, the State budgeted approximately $12,465.6 million in state funding for property tax relief programs for the following purposes:

Next, we must understand that:

THE LOCAL PROPERTY TAX in New Jersey is a RESIDUAL TAX.

A Residual Tax is levied to raise the amount of money required over and above the total revenues available from other sources, My Pro Blog.

Available Revenues to offset these requirements:

AMOUNT TO BE RAISED BY LOCAL PROPERTY TAXATION $300,000

This $300,000 is the RESIDUAL amount raised by Taxation after giving effect to all other revenue sources.

Now we must also understand that:

THE LOCAL PROPERTY TAX in New Jersey is an AD VALOREM TAX.

An AD VALOREM tax means that each taxpayer shares in the total tax burden of his town in the direct proportion as his property’s value bears the total value of all the property in his town.

AD VALOREM means each taxpayer pays according to the value of the property he owns. The amount of property he owns is used as a yardstick in determining his ability to pay.

Reducing this to a decimal, Jerry’s share of the total Local Property Taxes in his community is ½ of 1%, or .005.

This percentage is usually shown as a Tax Rate charged for each $100 of Assessed Valuation. (See Lesson Four)

AD VALOREM means nothing more than PROPORTIONATE OR FAIR SHARE.

So far, we have learned that the Local Property Tax is a –

RESIDUAL TAX levied to make up the difference between available miscellaneous revenues and budget requirements.

AD VALOREM TAX means that each taxpayer pays his proportionate share based on the value of the property he owns.

Now, we must learn the answer to the question:

WHAT IS THE MEANING OF TAX RATE?

TAX RATE is the number of dollars per $100 of Assessed Valuations that must be applied to the assessed valuation of all property in a taxing district to produce the amount of money required to support the school, county, and municipal budgets.

TAX RATE is another method used to arrive at each taxpayer’s proportionate share of local taxes.

The TAX RATE is determined by a simple arithmetic calculation similar to the method illustrated in Lesson Three.

The Tax Rate is then 5¢ per $1 of Assessed Valuation

What is the meaning of –

TRUE VALUE means market value – the amount a parcel of real property would sell for at a fair and bona fide sale.

ASSESSMENT RATIO is that percent of True Value used by the assessor in making up his assessment rolls as prescribed by his/her County Board of Taxation).

In New Jersey, assessors use the statutory 100% ratio or Full True market value in making up their assessment rolls; assessors in other states use assessment ratios or percentages less than 100%.

ASSESSED VALUATION or ASSESSMENT is the value placed on each parcel of property by the assessor as indicated above; it is determined by the use of True Value or some percentage thereof.

In Lessons One and Two, we learned that:

Total Budgets less available revenues result in the Residual Amount to be raised by taxation, the total tax bill.

It follows then that the amount to be raised by taxation is a primary factor in determining the amount of each property owner’s tax bill.

In Lesson Three, we learned that:

We learned that this method of taxation is called AD VALOREM taxation.

In Lesson Four, we learned that:

The tax rate is the dollar amount per $100 of assessed valuation, which must be raised to support local budgets.

In Lesson Five, we learned that:

Assessed Valuation is the true value or percentage of true value placed on each parcel of property by the assessor. This is the basic factor that implements the AD VALOREM principle of taxation.

The following example can best illustrate the relationship among these factors. This example incorporates some of the lessons we have already learned.

And the assessor uniformly applies an Assessment Ratio of 100% (Note: All New Jersey County Boards Of Taxation Require 100% Ratio)

NOW, assuming 10 years have passed and property values have doubled in value due to property inflation, And, assuming that the Budgets remained the same:

And, with the Assessor assessing at 100% of true value. (NOTE: Reducing the ratio to 50% as happens in states other than New Jersey would mathematically result in a doubling of the tax rate.)

The amount of a property owner’s Tax Bill is not affected by Assessment Ratios or Tax Rates.

The amount of an individual’s tax bill is determined by The Amount to be Raised by Taxation and by the proportionate value of his property as it bears to all property’s total value in his municipality.

INTER-DISTRICT EQUALIZATION, i.e., Equalization among taxing districts, has as its purpose the determination of the true wealth of every municipality to the end that each receives a fair amount of State School Aid and pays an equitable share of the costs of county government.

Inter-district equalization is substantially an accomplished fact in New Jersey.

The State School Aid Equalization Table, which is based on a continuing statewide sales-assessment ratio study, provides for the equitable apportionment of county government’s costs among the taxing districts within the several counties.

This Table is also used as the basis of apportioning certain costs of Joint, Consolidated, and Regional School Districts.

This is known as Intra-Municipal Equalization and is the very core of the principle of Ad Valorem Taxation.

Intra-Municipal Equalization is generally attained by carrying out an overall professional Revaluation Program where all properties are re-evaluated as to their market value or 100% value.

What is meant by REVALUATION?

A taxing district’s REVALUATION is accomplished by having an appraisal made of every piece of real property within the taxing district by a competent professional revaluation firm.

CARRYING OUT A HIGH-QUALITY REVALUATION PROGRAM involves applying uniform standards and procedures in arriving at equitable appraised values for all parcels of property in the taxing district.

THE PURPOSE OF A REVALUATION PROGRAM is to secure the basis for attaining uniform and equitable assessments on all properties within the same classification and several classifications of property to assure an equitable apportionment of the increasingly heavy local property tax burden among all the taxpayers within a taxing district.

PROFESSIONAL REVALUATION PROGRAMS are carried out in about 50 municipalities a year.

THE GOVERNING BODIES of those municipalities that have regularly revalued have faced up to their obligation to treat all property taxpayers uniformly and equitably.